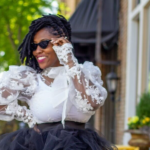 Behind the Fame: Missy Elliot Shares Her Story

There’s no denying that Melissa Arnette Elliott — better known as Missy “Misdemeanor” Elliott — is one of the most influential and successful musical artists and producers of her generation. Her sheer talent is so undeniable that she was able to acquire her own record label at just 25 years old, according to Encyclopedia Britannica. From that point on, she’s been a constant presence whenever important musicians and producers are discussed, and her successful singles and albums, four Grammy awards (from a total of no less than 22 nominations), and numerous other accolades (via IMDb) are tangible proof of her impact within the industry.

Though Elliott has been successful from a relatively early age, this doesn’t mean things have always been easy for her. On the contrary, you’d be hard pressed to find a star of her caliber who comes from a more difficult background. This, of course, means that her rise to the upper echelons of fame and peer acceptance has been all the more impressive — but it also means that there’s plenty of tragedy hiding behind her assured image and amazing music. Let’s take a look a the tragic life of Missy Elliott.

Missy Elliott’s early home life wasn’t happy, per The Guardian. Among other places, her family lived in an extremely humble home in Virginia, which was full of rats … and, unfortunately, domestic abuse (via Biography). Elliott’s father was so violent toward her mother that the young girl was afraid to visit friends for fear of what her father would do when she was away.

The situation took a heavy toll on Elliott, who wasn’t always safe from her father’s wrath, either. Her musical aspirations became desperate plea-for-help letters to idols like Janet Jackson (via The Guardian). She kept trying to convince her mother to leave the toxic and dangerous situation. “I guess my mother still loved him,” Elliott said in 2001. “I guess she thought things could be normal, but they never were. Every day I begged her to leave him. I said, ‘Please, please let’s go.”’

In an interview with VH1’s Behind the Music (via NME), Elliott revealed that things were so bad that her father once pulled a firearm on her mother and threatened to kill her. “He pulled the gun out in front of me,” Elliott said. “I was screaming, ‘Daddy, please don’t kill my mother!'”

Missy Elliott’s childhood was a very difficult one, and she had to endure the kinds of ordeals that no one should ever go through. In a 2011 interview with VH1’s Behind the Music (via NME), she discussed arguably the biggest trauma of her early years  — that she was the victim of sexual abuse when she was only 8 years old. The perpetrator was her cousin, who was twice her age at the time.

“Each day he wanted me to come to the house after school,” Elliott said. “It became sexual, which, for me at eight years old, I had no clue what that was, but I knew something was wrong.” Elliott also said that this traumatic experience has stayed with her. “Being molested … it don’t disappear. You remember it as if it was yesterday.”

Per MTV, Elliott announced in 2005 that she was working on a movie based on her life, which would discuss this dark period, among other things. As of 2021, it appears to remain a work in progress.

If you or someone you know is dealing with domestic abuse, you can call the National Domestic Violence Hotline at 1−800−799−7233. You can also find more information, resources, and support at their website.

The Couture Guide to Live and Success: Paquita Poole of Rena’s Couture