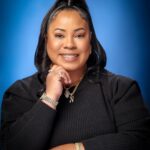 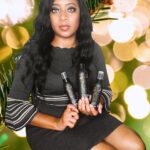 Upon receiving a full athletic scholarship to play basketball at the University of Wisconsin- Madison, Sharí Nycole thought an athletic experience in the Big Ten Conference would lead her to a professional basketball career. She was wrong.

After a two-year stint at Wisconsin, she took her athletic talents to Northern Illinois University. While at NIU, Sharí Nycole had a solid basketball career, became a member of Zeta Phi Beta Sorority Inc. and earned a Bachelor of Arts Degree in Communications: Media Studies and a Minor in Journalism.

Following her undergraduate experience, Sharí Nycole’s passion for journalism grew stronger, and she chose to leave the hardwood for good. In August 2011, she earned a Master of Science in Broadcast Journalism from The Medill School at Northwestern University.

Shortly after receiving her master’s degree,
Sharí Nycole began her career in journalism as an Associate Producer for Towers Productions in Chicago, IL. While at Towers Productions, she gained a solid docu-reality foundation, working on television series such as, “Find Our Missing” and “Parole Diaries” for TV One, along with “Mobsters” for the Biography channel.

In October 2013, Sharí Nycole relocated to Washington, DC and joined a production team at TV One to launch the first black daily news program in broadcast history, “News One Now.” While at “News One Now,” she wore many hats, including broadcast producing, field producing, feature producing, special programming, videography, editing, graphics supervision and correspondence work at various red carpet events, most notably, the NAACP Image Awards, the Trumpet Awards, Essence Festivals, the McDonalds 365Black Awards, The Triumph Awards and The Stellar Awards. She also covered the 2016 Republican National Convention and the 2016 Democratic National Convention.

In May 2017, Sharí Nycole moved on from “News One Now” and “The Rock Newman Show,” transitioning into a segment producer, field producer and editor on the breakout talk show, “Sister Circle Live,” on TVOne. While at “Sister Circle Live,” she has produced segments featuring varied celebrities, lifestyle experts, political powerhouses and sports figures. In addition, she has produced and edited several feature pieces for the show’s popular “Sister Cam” series, which she was instrumental in creating.

Sharí Nycole ended her run with “Sister Circle Live” in April 2020, and since then, she’s executive produced and co-edited “The Making Of A Woman” documentary on Fox Soul, launched a successful podcast, “Just A Thought W/ Sharí Nycole,” and began hosting a weekly radio show on Philly’s Favor 100.7FM called, “The Gray Area.”

In January 2021, Sharí Nycole became the co- host of “The Willie Moore Jr. Show,” and she continues to create original content in the digital, documentary and unscripted space through her company: Shari Nycole Media.

Listen! Catching up with Shari’ Nycole was so inspiring. It motivated me to keeping pressing as her positive, authentic energy is saturating!

Sharí Nycole believes every story should cater to the needs and wants of the audience and provide them with information pertinent to how they can remain informed and entertained. Sharí Nycole prides herself on telling truth beautifully in a way that’s bold but not abrasive and having the courage to confront the uncomfortable.

Why is it important to embrace who you are?

SN: The reality is this at the end of the day, people are going to have their opinions about you; about what you do whether it be family, friends, strangers etc. But the only way to perpetually elevate and advance is to completely hone in on who God has purposed and called you to be because that overrides any level of opinion, it overrides any level of criticism anyone perceived ability to have any level control of your destiny.

“For me in this industry it has been a tough road in embracing who I am. And there have been many instances where I hid behind other people, put my head down and just worked and kind of been invincible but kinda not to a point.

As I have gotten older as I have come more into my womanhood. Got more experience in the industry I realize that walking in my authenticity of who god created me to be is my biggest weapon and it has allowed me to walk through some doors, connect with people and meet some people I otherwise would not have been able to meet.

How does your brand or what you do cultivate female empowerment?

SN: The interesting thing about my brand is I’m very driven when it comes to the spaces I gift in for lack of a better term. If you look at the course of my career I was a producer of Sister Circle Live which was a show hosted and spearheaded by four amazing black women (Trina Braxton, Rashan Ali, Syleena Johnson, Quad Webb) and prior was Kiana Dancie. The show alone put me in a position to create content that spoke to the hearts, spirits and minds of black women. Then moving on to the other projects such as Making of a Woman docuseries alongside Syleena Johnson and Dr. Syleecia Thompson.

They really have been woman focused. I think also because I am a big part of the day to day of my brand, the processes that involve me pushing out content, I think that alone says women; black women in particular are super heros. Being self sufficient as a woman and being able to show that and articulate that is something that is very important to me!

Its something that I try to do often. In addition, whenever I get the chance to speak about how amazing black women are and how women are in general I like to do that. I think it is important that we celebrate ourselves. Even with my podcast Just A Thought with Shari Nycole I’m very adamant about bringing women onto my platform. They are extremely experienced in their fields, very passionate about what they do, and purposeful in their messaging. In addition to that, working with other women has been an extension of my intention to cultivate female empowerment. Many of the projects I have worked on and produced in the past have really been spearheaded by women. SC was one of them. NewsOne with Roland Martin, even though he was the host, alot of those on the backend were women.I think that helps to cultivate female empowerment as well and being able to show how well we can work together. These projects have shown a very big symbol of what can be accomplished when black women put our hearts and minds together to do purposeful work.

What is your leadership style?

SN: For me, I do not like to micromanage. I think the biggest downfalls in leadership is micro management. I think it is steeped in fear and also steeped in a person’s inexperience in another person’s skillset that they are managing. As a leader i try to familiarize myself with who they are in terms of whatever they are bringing to the table. I can allow them the freedom to do their job and that eliminates stress for me and them. I think it is very important to empower people. One of the things I like to do as a leader is empower those who Im leading. It allows them to be self sufficient and they can move with the confidence and creativity to put out great work. I also believe in glows and grows. There needs to be balance in constructive criticism and acknowledging growth and reinforcement of how far they have come or something they have done that is great. Balance, Balance Balance. Celebrating those I lead. You want to be people’s biggest cheerleader. You want to be celebrated and not tolerated their level of output, their level of passion and excitement their level of creativity and their level of love for what they do will be through the roof. Its guaranteed!

In your opinion, how can we as a culture work together to banish prejudices and social clichés?

SN: I think as far as the prejudice piece is concerned, Obviously, we are in a country where systemic racism is very real. There are things created to work against our cultural collective, creative force so to speak. With that said I believe the best way to combat this is to come together collectively and create! Create our own platforms, create our own content, do things that really speak to our own narratives and tell our own stories. Then, put it on platforms that are inline with what you created as a culture, extend it to mainstream audiences and also outside the culture so that people can hear the truth of who black people are.

The biggest piece for me is entrepreneurship, ownership, and us working collectively in a real way to create the stories that we want to tell. As far as social cliches, that’s a tough one because naturally people associate with people they align with that make them feel comfortable and safe. Extending ourselves out as far as networking is concerned is very key. Approaching networking from an authentic space, being very intentional about connecting and meeting new people is very important.

What are some things you are most proud of?

SN: This is an interesting question. I have a tough time celebrating myself! God has been faithful. I’m most proud of just not stopping. It’s been over 11 years in this industry for me. It’s been very hard. I have had some low moments and high moments. But I have continued to go. I have moved across the country several times but through it all the hardships I held steady. God has been my anchor.

I am most proud of just not quitting despite the challenges; Being brave enough even in fear to move in faith!

Although Shari’ Nycole couldn’t reveal everything just yet, even after over a decade in the game she is just scraping the surface of her purpose! We can look forward to some major moves from this creative gem really soon! Shari’ has been doing a lot of projects and just grinding. You can catch her on the Willie More Jr. Show (Monday thru Friday) “The Grey Area” every Sunday Night on Phillies 100.7 You can catch her Podcast “Just a Thought with Shari’ Nycole” on all Audi streaming platforms. We will keep you in the know on Shari’ and her upcoming projects in the meantime….