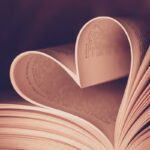 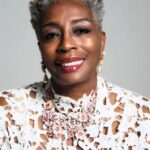 It’s Black History Month, so it’s time to turn the celebrations up a notch when it comes to acknowledging and spotlighting artists making a statement for the culture through their work! ATL has another heavy-hitter located right there in Black Hollywood by the name of Miss Storm. She hails all the way from the small town of Warren, Ohio, but also from behind the scenes of many hit records and billboard charting artists.

Over the last 10 years, Miss Storm has been labeled a “muse” to everyone she has worked with. Storm has toured with artists such as: Lil Wayne, Crime Mob, J. Holiday, Lil Kim, Trina, and. Shawnna. She has also proudly contributed to various projects for artists like: Houston, Day 26, Crucial Conflict, Bone Thugs and Harmony, Bootsy Collins, Ace Hood, Jennifer Hudson, and Keyshia Cole.

Mostly known for her single “Gunz & Roses” which has been featured in over 50 films, two being Spike Lee films: The song currently plays in rotation internationally and in Forever 21, Subway restaurants, Rent-A-Center, Xbox Games, Phipps Plaza, and Lenox Mall. Her newest single “Lifetime” is available on all streaming platforms. Storm is currently at 8,000 listeners on Spotify, all streaming from cities like LA, Las Vegas, Chicago, New York, Atlanta, and Dallas.

Well vetted in the BTS music scene, Miss Storm is the CEO of Earkandi Productions, an all-female songwriting team, music library publishing & administration organization. She is also the creator of the (B.H.M.) Black History Month Cyphers. It spotlights creatives in a live cypher and interview living legends who have made a contribution to the African American culture. Miss Storm’s nonprofit The M&M Foundation (Moving Mountains) gives back to the community by mentoring youth in rural communities striving to break into the Entertainment industry.

Just as importantly, Miss Storm just released her new single “Quicksand” that you can stream and download on all digital platforms! The official video is also out now on YouTube! — This piece is dedicated to the millions who are distraught about all the recent unjust against Black people. For the loyal and new listeners, this single brings a mixture of hip-hop and R&B. Her highly anticipated EP Black Dreams is also out now! Therefore, let’s show this Queen our support by running her numbers up on the charts!

THE HEART OF THE MATTER X WHY GOD LOVES US SO MUCH?