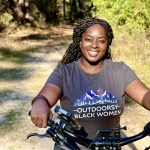 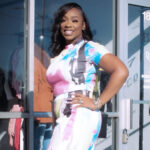 Keeping Up With Courtney “O.C.” Smith

All in All, Courtney started these endeavors to create financial and lifestyle freedom for herself. Courtney enjoys taking her social media followers along her journey through work-life balance.

As Courtney continues to explore her multitude of passions in life she wants to spread joy, love, and generosity. Courtney “O.C.” Smith hopes to inspire many people to follow their dreams!!! 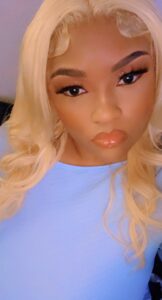 Hi Courtney, we see you are killing it in the media, public relations and business world. What sparked your interest to get involved with the Metaverse and NFTS?

Courtney: A friend of mine by the name of Terrell McKenzie reached out to me early on when NFTs first started. He believed in the concept so strongly that I decided to participate with him. This actually led to me becoming one of, if not, the First Black Woman in the NFT space.

What do you have in the works in this regard?

Courtney: I’ve been ongoing consulting on celebrity NFT Projects since April 2021. However, the metaverse and crypto, in general, are anonymous spaces. I won’t be able to disclose specifics on the record at this time.

We heard you are involved with some festivals and brand partnerships. What can you share with us about that?

Courtney:  This is no short story …

Yes, I’ve been involved with festivals since 2018 actually. I was Editor-in-Chief of a since defunct Atlanta-based blog that branched off into a festival series. We held festivals in Atlanta, Chicago, Orlando, Los Angeles, and Austin.

In 2019, I actually went to Austin for the first time that’s where I met Birchell Glenn of POW TV. From there Birch brought me on his “Scumbag Season” festival for 2020 we had major plans. Then, the pandemic shut everything down.

During 2020 lots of things occurred. I was the official PR for the Brooklyn-based Culture Fest with Fivio Foreign, Fat Joe, and Funk Flex. Then, an artist signed to me, Worldwide Wednesday, brought back his festival “Ripple Effect” in Miami. I’m so proud of Wednesday he’s such an entrepreneur.

Through one of our brainstorming sessions my artist, Yung Smilez started Yung Smilez Day in Pensacola. Super excited about that accomplishment, Yung Smilez literally put Pensacola “on the map”!

South by Southwest was shut down, AGAIN for 2021 so POW TV took another hiatus. But 2021 wasn’t a total “bust”… a now friend of mine Shaheem Reid invited me to actually attend my first festival. Which oddly enough I had never done.

Then during Labor Day Weekend 2021, I went to the Waffle and Yankee Fitted Festival in Miramar, Fl … it was LITERALLY A DREAM COME TRUE. I was able to see my favorite artist of all time, Nas, and even go backstage. A total fan moment !!!

Fast forward to 2022 my participation and attendance at festivals (amongst other things) have kind of turned me into a “Music Influencer”.

Almost every day I post about my regular life. In 2021, I just TRULY decided that no matter what, I’m going to be myself. Then Brands just started to reach out to me in November 2021 about the same things I post and talk about.

The first one was Giorgio Armani for their “May Way” Eau de Parfum campaign … which coincidentally is a theme in my life because I always get my way. Anyways …I almost thought it was a scam until they actually sent the product and actually expected me to do the review. From there I was excited, I have more coming with Armani Beauty … for now, it’s an affiliate program where you use my code, etc.

Right after my participation with Armani …more brands began to reach out. I have at least five active brand partnerships right now.

POWTV gave me my first actual paid festival brand partnership. Ironically in the WILDEST of circumstances, I actually ended up still going to Austin during SXSW ‘22. My flight literally was canceled and delayed multiple times, my artists did not show up, there were multiple tornados, I did not even have a hotel reservation. I begged the airline to send me back home and the lady told me it was literally my destiny to be in Austin. So I ended up in Austin, I caught up with Birch, and even spent some time at Lake Travis.

I’m excited now about the remaining festival season this year! Culture Fest will also be back!

What do you enjoy most about the work that you do?

Courtney: What I love most, is lifestyle freedom!

What would you like to see more of for women of color in your industry?

Courtney: I’m a part of so many industries at this point. However, my favorite “genre” of ALL TIME, is WOMEN MAKING MONEY! I’d like to see more women of color being profitable at whatever they choose…more importantly PAY BLACK WOMEN!

I am TRULY dedicated to giving back! I donate and volunteer to causes around the globe. I recently decided to push forward with the goal of having 100% of the proceeds for Bracey and Company to be donated (after paying our team of course).

A client of mine just received his RIAA Certified Platinum plaques for Shawty Lo’s “Pushing Units in the City”.

I am truly grateful . LIFE IS GOOD!

Courtney: The best way to keep up with me is…

I post everything there, funny things, inspiration, you name it!

Also Google! My girl Tammy Reese keeps me lit … you can always Google me.