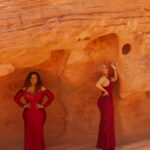 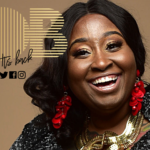 Phenomenon: An Open Show of Christ

We’re 7 days away from an open show, an unveiling of power for power, fire for fire, Divine Demonstration, Phenoms, and Paragons! Graced 2 Govern is presenting the hottest encounter of the summer and you’re invited. The builder, the apostle, the woman of grace, Kenya Gary, has declared Phenomenon to be a gathering that unveils the transformation of every individual’s image. PHENOMENON comes from the Greek word phaino’menon from the verb phainesthai meaning to appear, become visible, bring to light, to make known the power of GOD being revealed in women and men and that’s exactly what is to be expected in Houston, TX, July 13 – July 16. 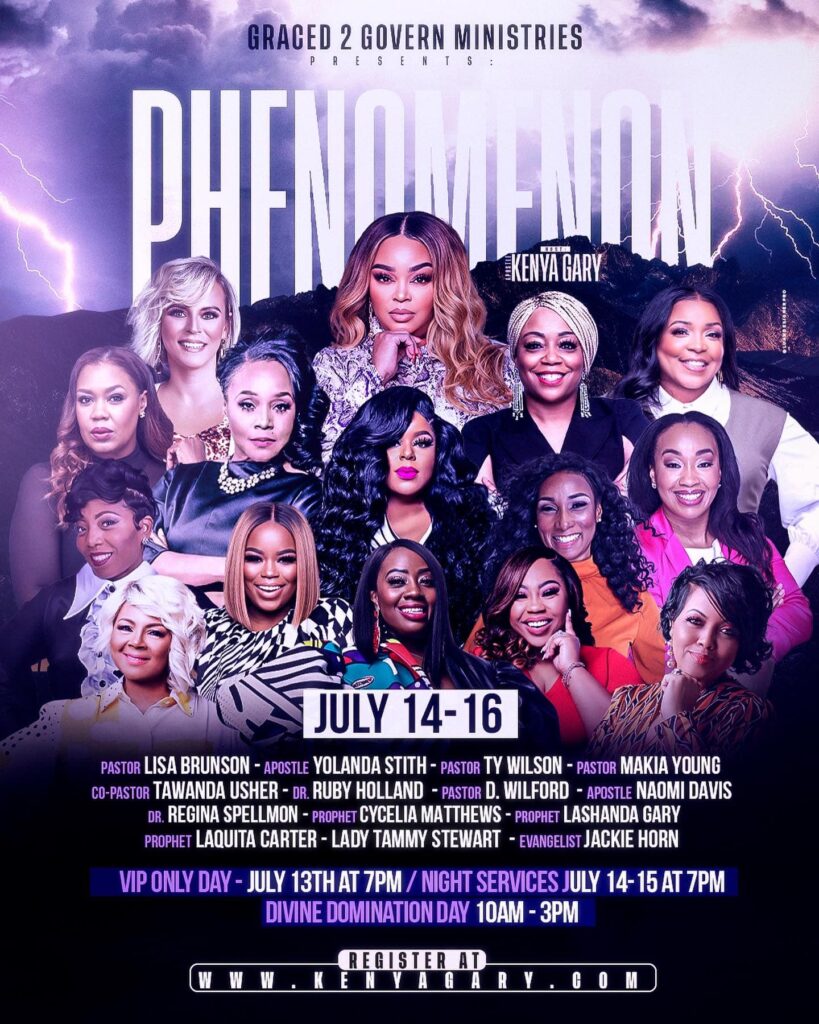 The power-packed itinerary alone has people all around the nation hyped about what’s to occur in the hottest month of the year. From the VIP night starting July 13th where attendees will be poured into from prominent women in leadership, who are vision strategists in their own right with an eye to see ahead to foot-stomping, fire for fire, Divine domination type of sessions. And let’s not forget the close-out Paragon with a concert from recording artist, author, teacher, and apostle, Carnail Stokes followed by ANWA Baltimore’s own Apostle Yolanda Stith as the close-out speaker. With speakers (yes, more phenomenal speakers) and guests flying in from all around the nation, Houston just might not be ready for the quake that it’s about to feel! 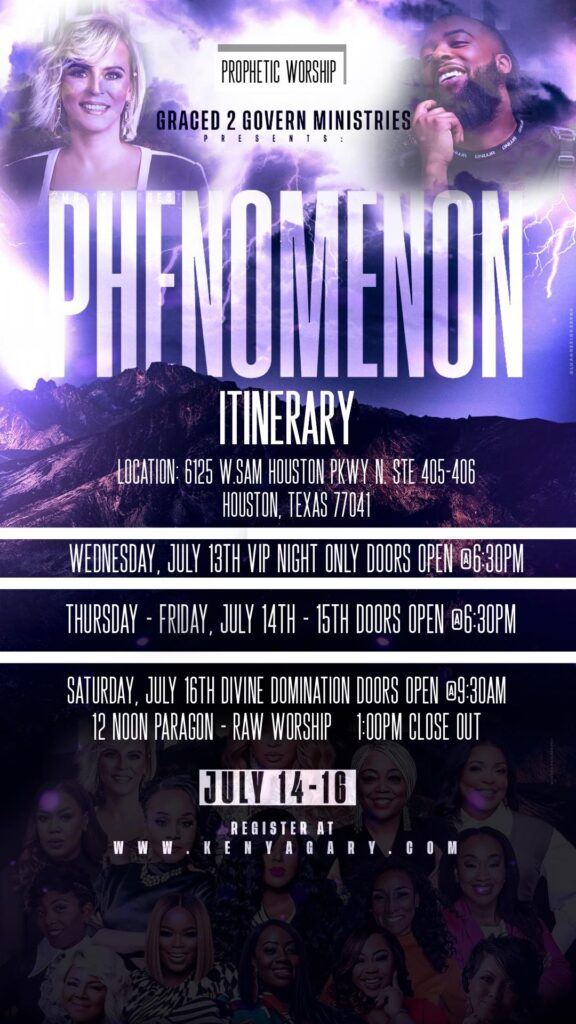 What is a Phenomenon?

The Lord said to me: AN OPEN SHOW of CHRIST! Some have a form of Godliness but some have allowed CHRIST to be formed in them! – Kenya Gary

If you’re looking for Christ on display and not a conference, then Phenomenon is for you! If you’re ready to experience the days of Power for Power, Fire for Fire, Divine Demonstration, Phenomenon, & Paragons then join Graced 2 Govern July 13 – 16 in Houston, TX. You can find more information on how to register here bit.ly/G2GPHENOM-REG.